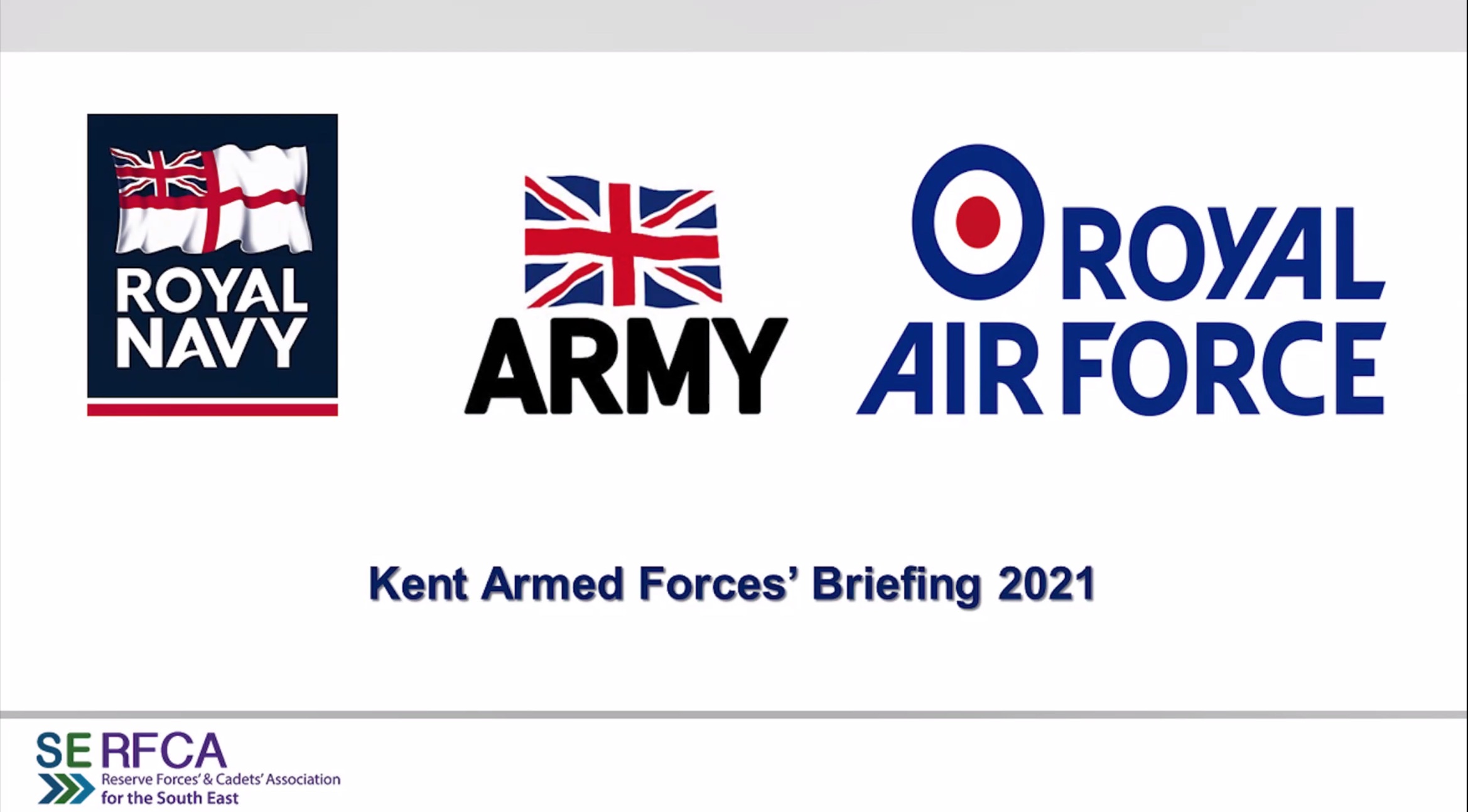 I attended a very informative briefing yesterday evening provided by SERFCA (South East Reserve Forces & Cadets Association) - apparently pronounced 'surf-ka' by those in the know. This event was intended to help build and nurture an enduring relationship with the wider community; a job that was well done.

The briefing was hosted by retired Colonel Patrick Cowley, Chief Executive of SERCA, and Kent County Chairman of SERFCA, Wing Commander Peter Gilbert.  Essentially this event addressed three facets of SERFCA's engagement; (i) in defence, (ii) with local employers, and (iii) with the community.

Ms Caroline Hopper from Portsmouth City Council spoke on employer engagement and the three levels of engagement of employers in the Armed Forces Covenant Programme.  A business representative spoke about their company's involvement and the benefits they gained from it.

The participation of cadets resonated particular, what with my The Rising Generation theme for my mayoral year, as well as my own participation as a high-school pupil in army cadets in the early 1960s; I think we used Lee-Enfield 303s in drills and firing practices!"

Mayor of the Borough of Tunbridge Wells