Members of the Council elected Councillor Tom Dawlings as new Leader at a meeting of the Full Council on Wednesday 26 May. 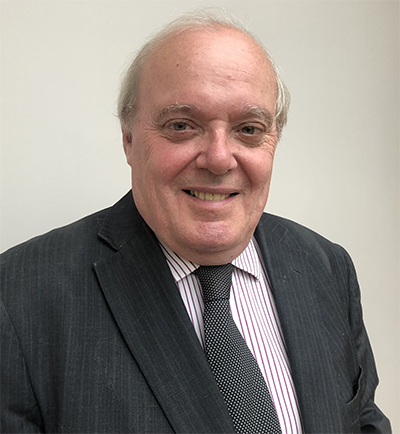 Councillor Dawlings (Cons), ward member for Benenden and Cranbrook, was first elected to the Council in 2014 and has been portfolio holder for Finance and Governance since 2019.

‘I would like to thank Members for electing me to lead the Council. I have been encouraged and flattered by some of the messages of support I have received since being appointed Leader of the Conservative Group last week.

‘I would like to praise my predecessor, Alan McDermott, who was appointed Leader in May 2019. He has continued to oversee the production of the new Local Plan with the Full Council approving the Pre-Submission Local Plan now out for consultation. As Leader he has played a full role in the measures the Council has taken so successfully in supporting residents and businesses during the pandemic - it has been a very difficult time but our Conservative-run Council has performed with great distinction.

‘Last week I approached each Leader of the Opposition Groups. I suggested that even without a hung Council, my aim would be to have good relations with opposition groups mainly because we would be in full agreement on most of the services the Council provides. But in the balanced state the Council is now in (24 Conservative Members, 24 Opposition Members) working more closely together is all the more important. Sadly my approach to sort out some matters in advance of the Full Council meeting on 26th May were rebuffed. We have major matters to address – the Local Plan; the Climate Emergency and our net zero target for carbon emissions by 2030; our property assets and completion of the Amelia Scott. The Boundary Commission is about to start an investigation to balance up the wards sizes across the Borough which inevitably will lead to many changes. Some of the services provided by our major contractors are presently less than satisfactory. The pandemic has seriously impacted on the Council’s income so there are some major financial decisions to take to balance our revenue budget and replenish reserves. Despite the initial rebuff, I hope the Opposition Group Leaders will now be prepared to discuss establishing good working relationship because that is what our residents and businesses both need and deserve.‘

At the same meeting Councillor Chris Woodward (Cons) was elected as Mayor of Tunbridge Wells. Councillor Woodward has represented Broadwater since 2006.

As is customary the Mayor chooses a charity to support during their term of office and Councillor Woodward will be supporting Mental Health Resource, a local mental health charity.

His theme for the Mayoral year is ‘The Rising Generation’, the children and young adults who will become the leaders of the future. He is keen to hear their voices and learn of the contributions they are making that benefit their communities and society at large.

The Leader of the Council, Councillor Ben Chapelard and the Mayor of Tunbridge Wells Councillor Godfrey Bland send you their...

Planning permission for the redevelopment of the former cinema site in Royal Tunbridge Wells was agreed by the Planning Committee...
read more →

Didn’t they do well! Royal Tunbridge Wells in Bloom came home from the annual South and South East in Bloom...
read more →
next